A lot of people say oatmeal spikes their blood sugar, causing it to then crash, making them feel very hungry shortly after eating. It does this to me as well but I cannot do low-carb diets as they lower my already low serotonin, causing depression and awful panic attacks. So, I tweak my carbs. I add a few things to them that help reduce the affect on blood sugar, like fiber and protein. To a half cup of instant oatmeal I add a half cup of mixed berries which adds 4.5 grams of fiber. I also throw in a very large pinch of cinnamon – which is proven to help stabilize blood sugar. I’ll also eat one whole egg plus two egg whites, adding almost 15 grams of protein to further stabilize my blood sugar. After eating this for breakfast I won’t be hungry for several hours, versus when I eat oatmeal by itself and get hungry less than three hours later. And the entire meal is only 270 calories.
Alzheimer’s disease is also now being called Diabetes type 3, for its very strong connection with unstable blood sugar. Lowering the glycemic load of foods as I do with my oatmeal, is a very good thing to do for an alzheimers preventive diet. The tremendous amount of antioxidants from the berries is also powerfully preventive for Alzheimer’s as well as several other diseases.

*If you found this post useful, you can join the Message and Music email list, and get similar messages designed to bring you to a better understanding of yourself, as well as to get music that is in line with The 12 Tenets of Free-Dance, every day and for free! 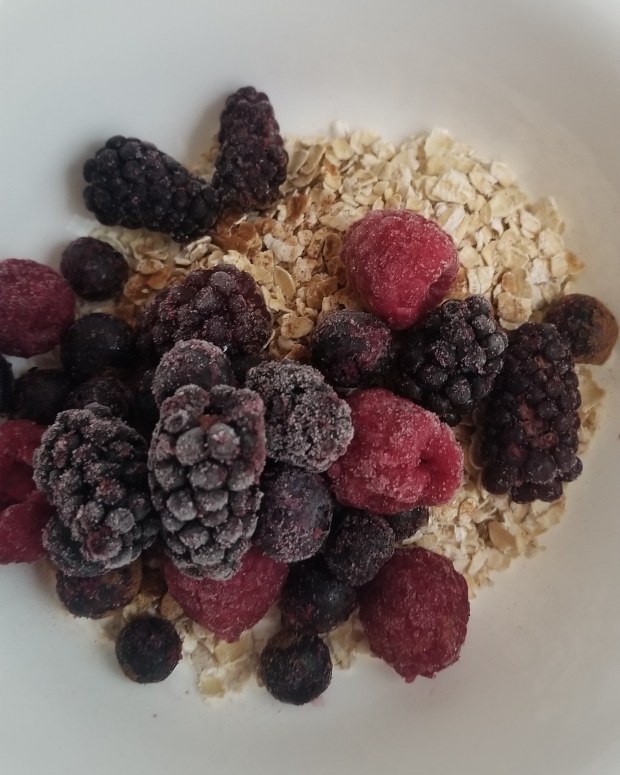